Svetlana and the Delancey Five with Wycliffe Gordon 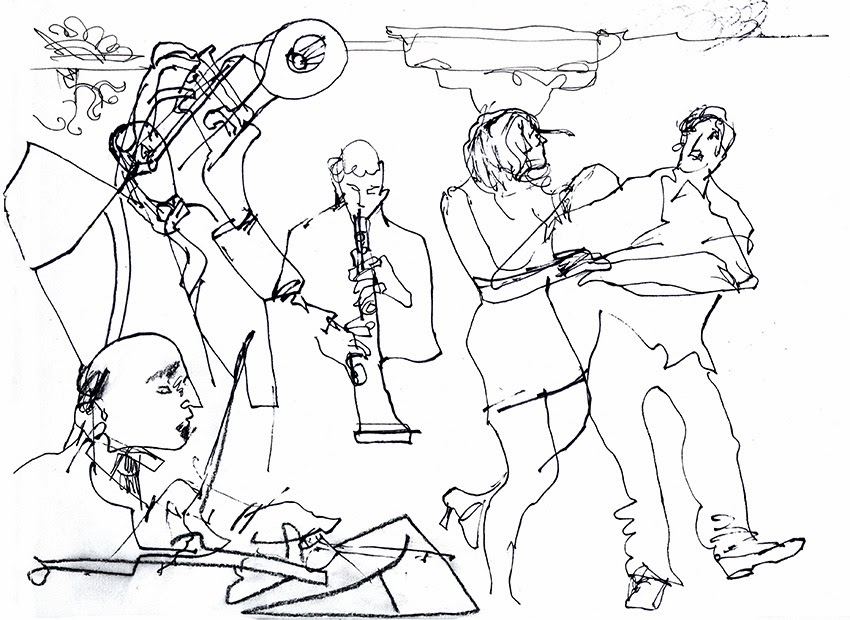 Last Monday night I went to the Backroom Bar, in the lower east side of Manhattan, to hear Svetlana and the Delancey Five perform with Wycliffe Gordon. Fellow artists Margaret Hurst, Julia Sverchuk, and my One Drawing A Day editor, Mary Ann Hall, were there drawing too. What a blast!
First of all, the Back Room is set up like an old speakeasy, with a password required for entry. It actually was a speakeasy during Prohibition, one of only two left in NYC. They serve alcohol in teacups, as they did in prohibition times, in case the cops raid the place. For those of you not from the US – prohibition was a misguided attempt by the US government to outlaw liquor of all kinds. It was repealed by the 21st amendment to the Constitution, so now all Americans over 21 can drink legally. (You’ll often see bars named the 21st Amendment in the US, now you know why…) Secondly, people were swing dancing and having a good time. Thirdly, the music was HOT… 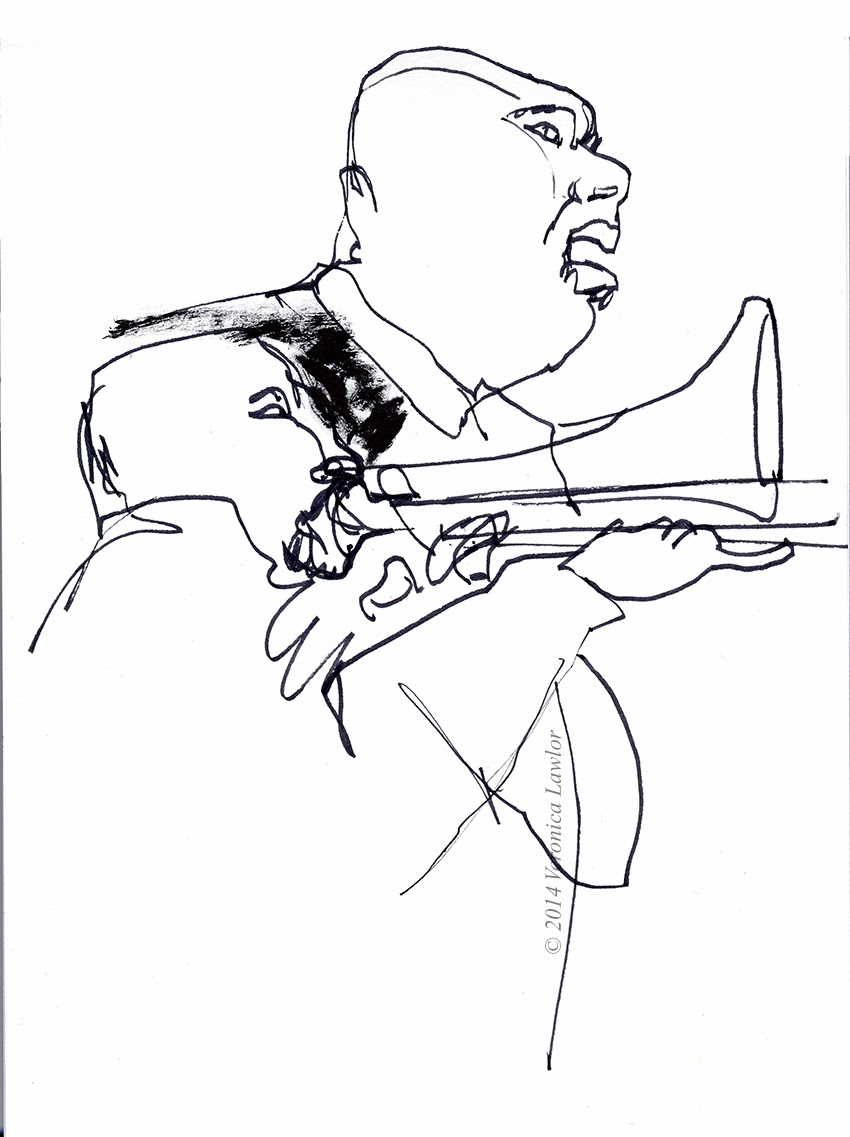 Wycliffe Gordon was tremendous – singing and playing the trombone. He brought a definite New Orleans vibe to the evening, and performed a few Louis Armstrong classics, too. Fantastic energy and soul. And Svetlana and the Delancey Five were no small potatoes either – I had seen them play recently at the Vintage Train event, and they did NOT disappoint. Here is the sultry Svetlana belting one out – – 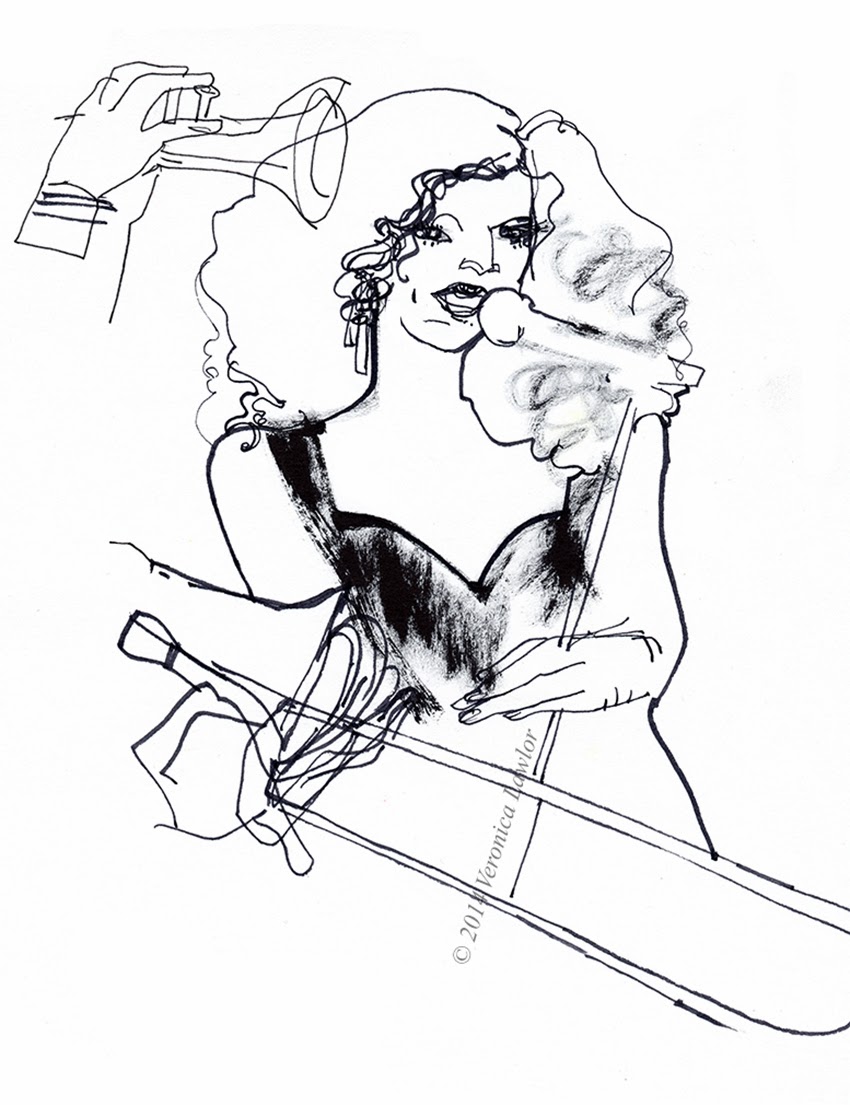 And here are some more drawings of musicians enjoying themselves playing, and folks kicking up their heels and having a good time: 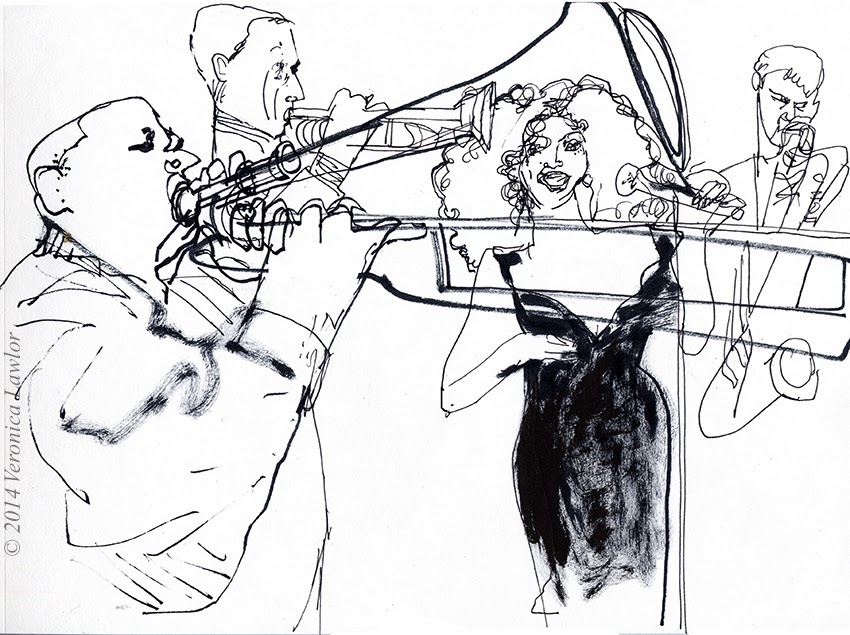 All in all, another fun evening in the Big Apple. Or was it the Big Easy? It was hard to tell.

You can see Julia’s drawings of the event HERE.